Dauntsey Park House originated as a medieval manor, as the still visible cruck beams testify. It was held by the Dauntsey family from Malmesbury Abbey until the mid 15th century when it passed by marriage to the Stradling family. By the early 16th century Dauntsey was home to the Danvers family after the marriage of Sir John Danvers and the Stradling heiress, Elizabeth.

Sir John Danvers and Elizabeth had three sons and seven daughters. The eldest two sons had to hurriedly go into exile after murdering a neighbour. They were only allowed to return to England after their father died and their mother remarried the well connected, Sir Edmund Carey, who appealed to his cousin, Queen Elizabeth I, for his stepsons’ pardon.

Sir Charles, the eldest son, was soon in trouble again after being involved in Essex’s rebellion and was beheaded at Tower Hill in 1601. The second brother, Sir Henry, inherited Dauntsey and the baronetcy, was a staunch loyalist and a distinguished soldier and was made Earl of Danby by Charles I.

In 1877 the estate was bought by Sir Henry Meux, a wealthy brewer. His son, also Sir Henry, moved to the property with his wife, Valerie, a divorcee and an actress. She was not well received by the local gentry, and in particular the members of the Beaufort Hunt, who she tried to impress when she appeared at a meet riding an elephant. Sir Henry remodelled the main reception rooms in the lavish 18th century style that survives in the current and now listed, drawing room.

On the death of Sir Henry, the third brother Sir John, a weak and proud man, infuriated at not receiving what he considered to be a suitable inheritance from the royalist Sir Henry, took revenge on his successors by sitting in judgment at the trial of Charles I.

As a result he earned himself not only the title of the Regicide but he also succeeded in having Sir Henry’s will over turned and was rewarded with the Dauntsey estate.

Later in life, Sir Henry founded the Botanic Garden in Oxford and, at Dauntsey, gave a home to the 17th century poet, George Herbert after his wife died.

In due course, Dauntsey was confiscated by the Crown and remained as a royal property for several years before being bestowed in 1690 to Charles Mordaunt, Earl of Monmouth, later the Earl of Peterborough and a distinguished general in the War of the Spanish Succession. His descendant, Charles Mordaunt, the 5th and last Earl of Peterborough enlarged and remodelled Dauntsey to the building that mostly survives today.

More recently, during the Second World War the house was used as a nursery, run by the Anglo-American Red Cross, for 150 blitzed children.

In the 1950’s the north wing was demolished and the interiors rearranged. 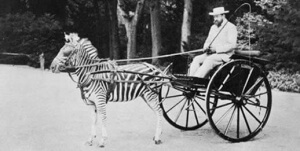